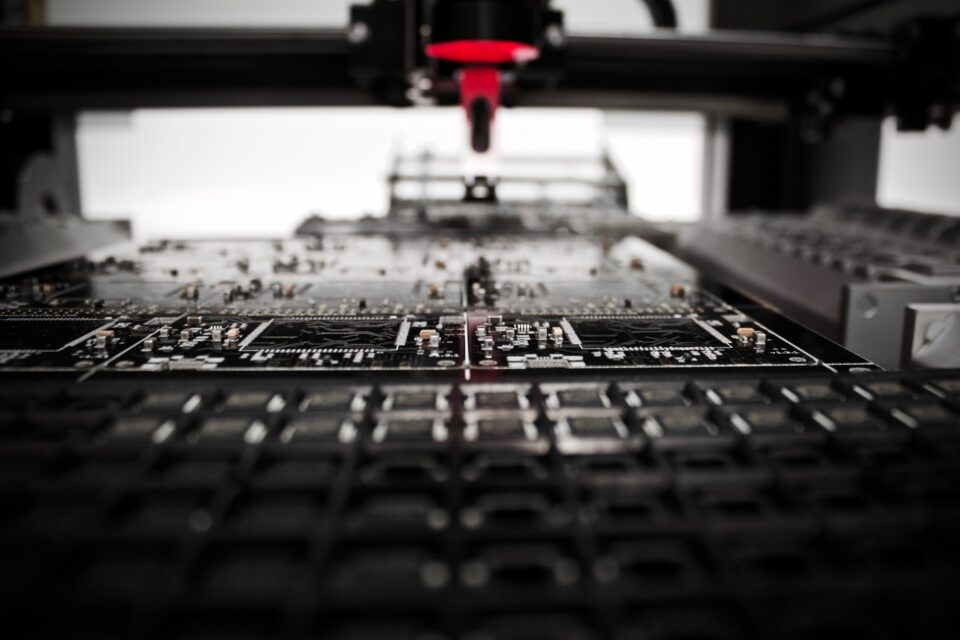 We’re all familiar with barcodes by now. Every trip to the grocery store is made a lot easier by barcode scanning at checkout. We even use barcodes to help us navigate phone apps and direct us to websites, all through a smart scanning tool. They’re a fantastic innovation, but they do have limitations. Barcodes are only useful if they’re readable. If the code gets obscured or is too small for the optical character reader to pick it up, you won’t get a result. Yet, these drawbacks are minimal compared with the benefits they bring to modern society. But what if you could drop a barcode into a cell or a biological structure? Recent advances in science suggest that this may be possible. Nanoscopic barcodes may be right around the corner to help us label things too small for even our eyes to see.

Nanoengineering and Shrinking Barcodes Down to Size

A barcode is an image that can be translated into a series of bits and bytes. They’re usually at millimeter to centimeter scale, with the bars’ width carrying as much information as their position on the code’s overall structure. The problem was getting those barcodes down from the millimeter scale to the nanometer scale, which required considerable nanoengineering to achieve. Nanoengineering deals with the controlled manufacture and manipulation of structures at an atomic level. A team from the University of Technology Sydney (UTS) developed a method of growing nanocrystals at the length and width that could potentially be used as barcodes.

Researchers could manipulate these nanocrystals with the right stimulus as they grow to produce the correct length and width of bars needed for a barcode reader to pick up. The difference in width, depth, and size of the crystals serves to create a 3D barcode that can house millions of combinations, essentially creating a “library” inside the cells. However, they aren’t on labels. Instead, they can be inserted directly into cells and organelles. The manufacturers believe that a need exists for these barcodes. They can be used as information carriers for nanotechnology or data storage if incorporated into a series of matrices.

Researchers aren’t just concerned about the barcode patterns, however. They’ve looked into activating particular atomic structures within the barcode region. By doing this, manufacturers can start to miniaturize devices to an even smaller level. These atomic activations are no different to bits and bytes on a chip, and by miniaturizing them down to a non-scale, it could mean devices that are tens or even hundreds of times smaller than what we have now.

How Do We Read Them?

Obviously, the idea of scanning a nanometer-wide barcode has its problems. It would be impossible to resolve the barcode at such small scales, but luckily, researchers have solved this problem. Since the barcodes themselves are optically and chemically stable (they don’t degrade over time), they can be read using a novel tandem decoding system. This system allows someone to use super-resolution nanoscopy to pick up the barcode’s optical signature, which can then be decoded. Unfortunately, there’s no commercially available method for accessing this super-resolution nanoscopy. However, if this barcode methodology takes off, we’ll likely see more of this infrastructure being installed in labs around the world.

Already the researchers have noted that there is a significant space for utilizing this new technology. These barcode markers can be used to tag different cellular areas within a living organism. Additionally, they can be used as an anti-counterfeiting device when blended with inks. The barcodes stored on the ink would make it even more difficult for counterfeiters to successfully recreate a bill to the exact specifications defined within a treasury. What’s more, they can be used for drug delivery and tracking within a person’s body, giving doctors real-time information on absorption and the body’s responses.

There are some potentially disturbing connotations for biological barcoding, not least of all the idea of tracking and controlling individuals. In a world where data is of the utmost importance, if barcodes become widespread and prevalent, it may lead to individuals simply being put down to an identifying number. As with all new scientific advancements, we may need to address its usage and what it could mean for the rights and freedoms of untold millions.

Additionally, there may be individuals who are against the use of a biological coding system, and exemptions may need to be made for these persons as well. Until the technology sees more widespread acceptance we may not truly understand the impacts it could have or the ethical considerations that may arise.

Are Nanoscopic Barcodes The Future?

For now, this nascent technology has a lot of promise. There would be straightforward applications for this technology if it were to be perfected. Depending on how fast the researchers can turn it into a commercial product, we might see these barcodes showing up in medical and biological research more often. However, as the methodology and infrastructure for reading these barcodes is still experimental, it’s hard to say how long we’d have to wait before it becomes a viable technology. If it does, it could change the way we interact with our devices, and vice versa.