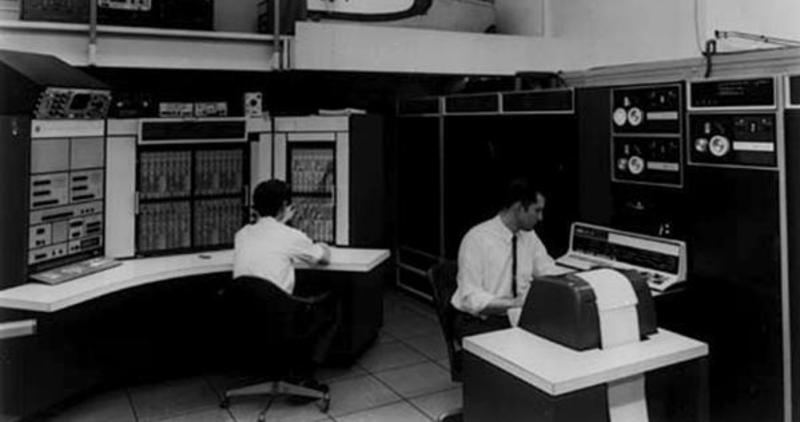 ARPANet (Advanced Research Projects Agency Network), also sometimes referred to as DARPANet (D being for Defense), was an American technology initiative to link computers together over, essentially, telephone lines. The earliest rumblings of it began in the 1950s, with the (D)ARPANet going on line in either the late 60s or early 70s. As it grew from the initial 4 locations, Universities got involved, more and more detail and protocols were worked out and email began.

By the late 70s (IIRC) it was continuing to grow in power, nodes, and usefulness. Despite how he’s been vilified for it, then-Senator Al Gore was the earliest and most influential and visionary politician to see its future. He drove the passage of much early legislation and helped navigate the seas of politics to ensure funding and protection for the fledgling system.

Vint Cerf and Bob Khan were most responsible for the TCP/IP protocols we know are used today, while Tim Berners-Lee is responsible for the creation of the “World Wide Web” that would sit on top of it. A US government employee (who went on to the private sector while still involved) named Frank Heart drove much of the early stages of development, managed the early budget, and implemented his vision with the sweat and ideas of a lot of other brilliant men.

By the late 80s, most colleges and universities were tied together in some fashion (including Marist College, where I went at the time), and in the early 90s, it was opened to the public. The name ARPANet had long since been abandoned in favor of “Internet,” and it continued to grow in complexity and stability until becoming, sincerely, the single most important invention of the modern world.